Resin infusion under flexible tooling (RIFT) covers a range of processes similar to Resin Transfer Moulding (RTM) where one of the mould faces is replaced by a polymer film or by a thin composite "splash" mould tool.  The process is reviewed in several papers [1-7].  Schillfahrt [8] observed that while RTM gives a reproducible panel thickness, RIFT gives a reproducible fibre volume fraction.  Summerscales and Searle [3] proposed that four variants on the resin infusion process could be considered to form a continuum bridging the gap between RTM and prepreg/autoclave techniques:

Figure 1: Schematic representation of the resin infusion in-plane flow process
[the bagging film (above) and mould tool (below) are omitted for clarity].

Figure 2: Schematic representation of the resin infusion flow medium and through-plane flow process
[the bagging film (above) and mould tool (below) are omitted for clarity]

EADS Deutschland have developed the Vacuum Assisted Process, VAP®, which is protected by several worldwide patents to enable the manufacture of cost-efficient primary aircraft structures. VAP® technology uses the Gore Composite Manufacturing Membrane (GCM) which is a barrier to resin but permeable to gas and air, to allow uniform vacuum distribution and degassing during cure of the infused resin. This is claimed to result in a more robust process, minimal potential for dry spot formation, very low void content, more uniform part thickness and improved dimensional tolerances. VAP® has been successfully applied in integrated stringer technology on the cargo door for the Airbus A400M military transport aircraft.  Gardiner [10] has reviewed the use of liquid-blocking air-permeable semi-permeable membranes (SPM) in the context of infusion.  Friedrich [11] reported that the membrane has now been replaced with a polyurethane alternative. 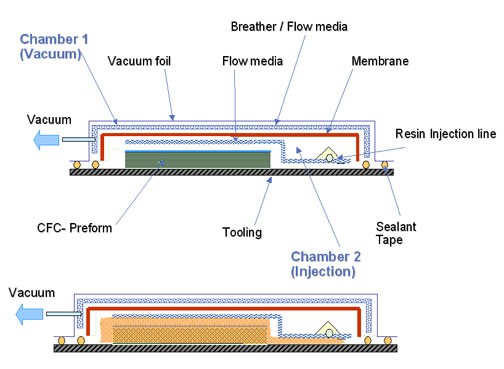 Figure 3: Schematic of the EADS VAP® technique before (top) and after (below) resin infusion
(reproduced with the permission of EADS. Original image URL).

Figure 4: Schematic representation of the resin film infusion process
[the bagging film (above) and mould tool (below) are omitted for clarity].

This process is occasionally referred to as the Integrated Bleeding/Breathing Manufacturing Process (IBMP).

Figure 5: Schematic representation of the ‘semi-preg’ infusion process
[the bagging film (above) and mould tool (below) are omitted for clarity].

and Grunenfelder et al [12] have proposed a prepreg, known as USCpreg, with through-thickness permeability achieved by partial coating of both surfaces of the reinforcement with dry fibres in the core of the prepreg.

A key feature of infusion processes is that, unlike the fixed cavity in RTM, the thickness of the component normally varies with the local pressure.  The pressure is in turn is a function of the pressure history and the position of the resin flow front.  Williams et al [13] have reported some initial RIFT1 experiments to characterise this variation.

RIFT2 processes are commonly referred to as SCRIMPTM (Seeman Composites Resin Infusion Molding Process: a process patented in the United States of America, but challenged by prior art in Europe).  A number of companies have signed up for SCRIMPTM licences as the technical support costs can be justified against potential scrap costs without such help.  The Advanced Composites Manufacturing Centre has undertaken a similar role in guiding their clients to effective implementation of the process.

van Oosterom et al [14] have conducted an objective comparison of common vacuum assisted resin infusion processes (VARTM, SCRIMP, CAPRI, DBVI, VAP and PI).  They found "no significant difference in void content between methodologies once the best process parameters had been established, with the exception of PI which resulted in a significant increase".  Bodaghi et al [15] have undertaken an experimental comparative study of the variants of high-temperature vacuum-assisted resin transfer moulding.

Gardiner [17] has described a double-bag infusion technique with a "venting layer" between the bags developed by Russell Ermanis which, in combination with tight process control, is claimed to enable repeatable fibre volumes of 60-70% and low void volume fractions.

Gardiner and Brandis [18] explored the causes of resin volatilization and recommended the following process steps:

Harper [20] has described the use of reusable vacuum membranes for infusion processes and suggests that the economic (higher quality with lower skills) and environmental advantages will lead to increased use of this technology.

There is a technique whereby dry fabric is placed between two elastomeric membranes, resin is infused into the fabric and then the ‘sandwich’ is vacuum-formed over a mould. This is known as Double RIFT Diaphragm Forming (DRDF) [21, 22] or Resin Infusion between Double Flexible Tooling (RIDFT) [23-26]. 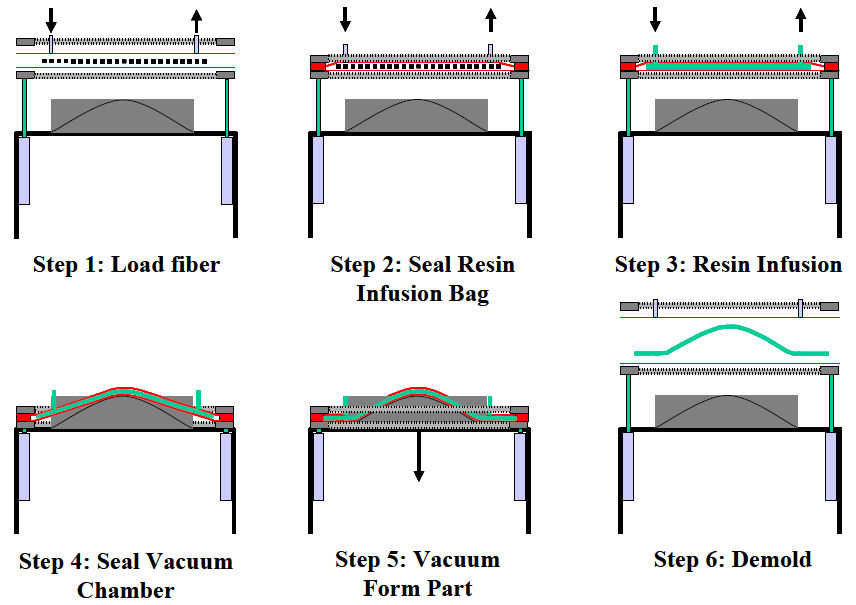 Figure 6: Schematic representation of the Resin Infusion between Double Flexible Tooling (RIDFT). Reproduced from [22] with the permission of Okenwa Okoli.

Infusion techniques have been used to produce large composite structures, including boat and ship hulls:

Examples of infused bridge structures are the 22.6 m Moscow footbridge in Russia, the 44 m Madrid footbridge which won the Civil Engineering category of the JEC Innovation Awards 2011 and the 47 metre span Halgavor suspension bridge in Cornwall.

Zulaika [34] reported that the Bombardier C-Series 100 flew its maiden voyage on 16 September 2013 in Montreal.  The composite aircraft wing is claimed as the first use of resin transfer infusion. The wing is expected to need fewer inspections due to better corrosion resistance and fatigue strength.  The CS100, and the larger CS300, are anticipated to provide a 15% operating cost advantage, a 20% fuel burn advantage and to be significantly quieter than other airliners in the 100 to 150 seat market.  More information is available at the CompositesWorld website.